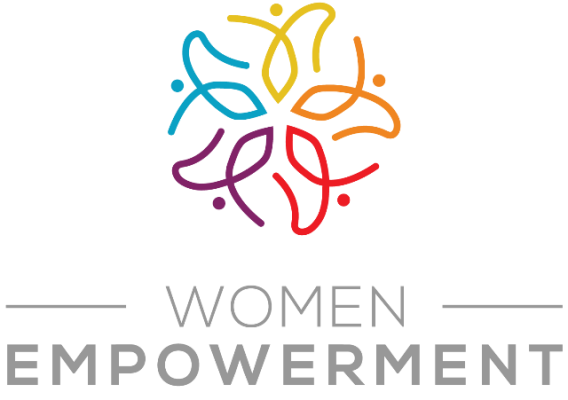 Globalization as a term came to prominence in the 1980s. Although many consider this process a relatively new phenomenon, globalization has been happening for millennia. The Roman Empire, for example, spread its economic and governing systems through significant portions of the ancient world for centuries. Similarly, the trade routes of the Silk Road carried merchants, goods and travelers from China through Central Asia and the Middle East to Europe and represented another wave of globalization. European countries had significant investments overseas in the decades prior to World War I, prompting some economists to label the prewar period as an earlier golden age of globalization.

Globalization has ebbed and flowed throughout history, with periods of expansion, as well as retrenchment. The 21st century has witnessed both. Global stock markets plummeted after the Sept. 11, 2001, terrorist attacks in the United States, but rebounded in subsequent years.

The worldwide movement toward economic, financial, trade, and communications integration.

Globalization implies the opening of local and nationalistic perspectives to a broader outlook of an interconnected and interdependent world with free transfer of capital, goods, and services across national frontiers. However, it does not include unhindered movement of labor and, as suggested by some economists, may hurt smaller or fragile economies if applied indiscriminately.

Globalization is helping most of the countries to eliminate the discrimination and all forms of violence against women and the girl child, it is providing equal access to health care, quality education at all levels, employment, equal remuneration, occupational health and safety, social security and ensuring provisions of the women basic needs several program would be initiated globally:

How does globalization affect women?

Globalization has had such negative consequences for women and children that some commentators argue that ‘globalization is a man’. They point to the way women suffer disproportionately from IMF and World Bank policies as public services are cut and they are forced to care for sick, disabled and older relatives, as well as earn a living. But globalization could equally be a woman. Capitalism’s expansion across the globe has depended on a massive influx of tens of millions of women into the workforce who had traditionally been dependent on husbands and male relatives. Globalization has contradictory effects on women. Those who assign male gender to globalization are right to point to how women’s role in reproduction and the family means they suffer more from the effects of the neo-liberal agenda–but that’s only half the story. It has also brought great freedom to women, especially those living in traditionally conservative countries like Indonesia, Ireland and Thailand, where women are able for the first time to be economically independent of men and to have at least some choice in their personal lives. Ultimately, by bringing women into the workforce, globalization has given women a power they lacked in the past–the power to end the system that breeds poverty, exploitation and oppression.

The global development of capitalism over the last 20 years has depended almost everywhere on women pouring into the formal workforce. From Dublin to Dhaka, Bangkok to Bradford, women workers have provided the cheap labour from which super-profits have been extracted. Table 1 shows the extent to which women workers have provided the new labour force in both the Asian and Celtic ‘Tiger’ economies. The number of women in the workforces has almost doubled in these countries over the last two decades.

This feminization of the formal workforce has been a contradictory experience for most women. On the one hand, becoming economically independent leads everywhere to women having more choices about what they do with their lives. On the other, the ‘double burden’ faced by all women because of their role in the family means that the lives of women workers are everywhere fiendishly difficult as they try to reconcile work and family life. Working outside the home and being economically independent mean they don’t have to answer to any man, but the ‘race to the bottom’ on which the expansion of global capital is being built means that, typically, this work entails long hours at low wages and makes caring for children very difficult. For some women, joining the global workforce threatens their right ever to have children. For others, it means neglecting the children they are working to feed. But everywhere, when asked, the overwhelming majority of women going out to work say they would not dream of going back to the home.

A woman’s right to choose

Globalization has also had contradictory effects when it comes to questions of sexual freedom and reproductive rights, in particular a woman’s right to choose if and when to have children. On the one hand, the mass influx of women to the workforce has resulted in a real shift in attitudes to sexual activity outside marriage in a wide range of countries, including some which were formerly notoriously repressive. On the other hand, the ‘race to the bottom’ has seen global capitalism unwilling to provide even minimal protection for the important role played by women in bearing the next generation of workers. This section looks at how women in newly industrialized countries have benefited in terms of sexual freedom, but in the context of a system which sees their children and their ability to have children as a threat to profits rather than a contribution to society.

The argument that changes in women’s relationship to production can lead to changes in their family relationships and attitudes to family life, sex and sexuality has been made in this journal recently.16 The extent to which this is happening in countries like Indonesia, Ireland, Thailand and India should not surprise us. The sheer number of women who are now economically independent and living in cities away from the claustrophobic prying of rural small minds almost inevitably means more sexual activity outside marriage. This, combined with the widespread availability of contraception–especially the pill which women can take with or without the knowledge of a partner–means women have no reason not to have sexual relationships on a fairly equal basis with men. It also means that women are increasingly unwilling to remain in relationships that are abusive or not supportive, or where the man is not pulling his weight.

Moral panic about these changes, and particularly about working mothers and the number of children born outside marriage, gives the impression that the new family setups go against ‘human nature’. In fact, as Engels pointed out in Origin of the Family, Private Property and the State, the way the family is organised has changed time and again through history. Engels showed that changes in family structure and in how children are looked after are related to how the material necessities of life are produced. The changes in women’s and family life in Ireland are a good example of this. Up to the middle of the last century women played an essential role in the household economy. Income from the woman’s spinning and weaving provided the means by which a family could purchase the necessities they could not grow themselves. In 1841 women accounted for more than half the non-agricultural labour force in Ireland. At the same time, very few people in Ireland were married in any formal way. State registrars were available only in the cities and there were very few priests, so people set up home together much the way many younger people do today.

Much that has been written about women’s role in the expansion of global capitalism sees only the downside for women. Even many women writers portray women in newly industrialising countries as victims–‘docile’, ‘compliant’, ‘easy to manage’ and ‘difficult to organise’. But, as we have seen above, while women do suffer under neo-liberalism, women workers in the most repressive situations have fought back, resisting the assaults of employers, governments and the IMF. This section looks at some of the myths surrounding the ability and willingness of women workers to lead the struggle for a different world.

Women working in the informal sector–homeworkers, casual ‘off the books’ workers, and so on–face more difficulties in organizing to defend pay and conditions. But across the globe informal workers are showing that it is possible to organize. In the Philippines Gabriela, a large coalition of women’s groups, is organizing street vendors in Manila;31 in India the Self Employed Women’s Association (SEWA) organizes women who work in their homes and in the streets of the cities of Gujurat; in the US women janitors have organized and won union rights and better conditions in California despite some being ‘illegal’ immigrants. These women, and others whose stories we rarely hear, show that it is possible to refuse to join the race to the bottom.